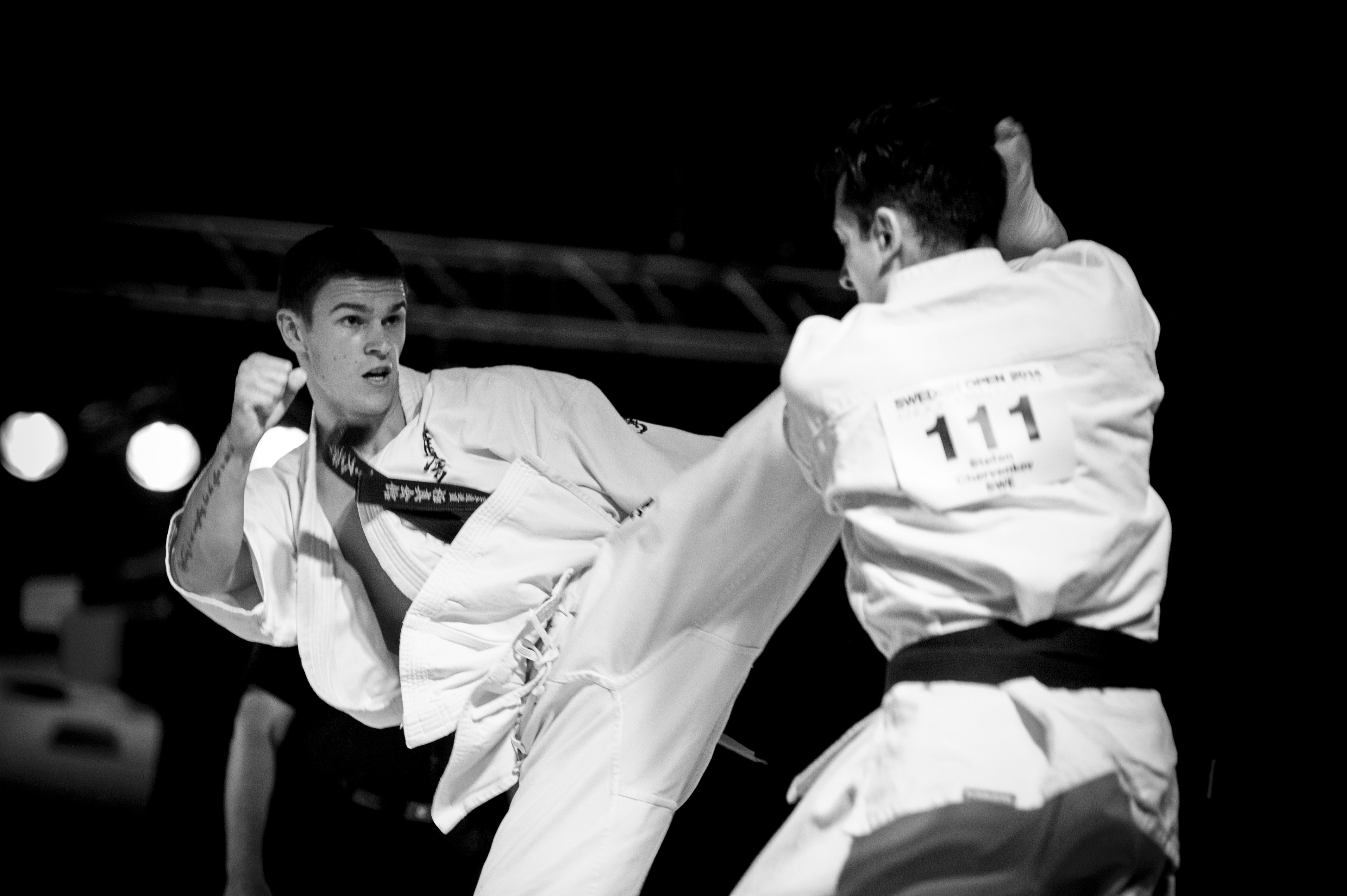 The International Headquarters (So Honbu) was opened in June 1964 at Ikebukuro in Tokyo, Japan and the name Kyokushin, meaning “Ultimate Truth”, was officially adopted. Prior to this it was simply known as Oyama Karate.

In the Martial Arts circles, Kyokushin Karate is often referred to as “The Strongest Karate”. It is renowned for its rigorous training and conditioning, realistic body contact in sparring, the use of tameshiwari (breaking test) technique, heavy reliance on circular motion and disciplined, strictly traditional mannerisms.

All the above, and in particular the use of circular movement in the execution of techniques, makes Kyokushin Karate rather unique compared to other Karate styles, which mainly rely on simple linear movement and non contact training.

In summary, Kyokushin Karate can be described as being elegant and serene in its movements; refined and stable in its form; classical in its methods, beliefs and protocols, yet very relevant in the 21st century as an excellent method of training mind, body and spirit and a very effective means of self defence.